Banks are no strangers to controversy – we only get a glimpse of their colossal levels of errors of judgement during times like the great financial crash of 2008.

Most big banks have a mandate (without your consent) to use funds deposited to trade and participate in complex and highly risky investments like stocks, currencies, futures and derivatives – but to what extent?

This also brings to the fore a potential issue of what is known as the principal-agent problem. Where the agents – bank employees, are given a ‘license to “ deal’ in all sorts of investments, often under the radar of both local and global financial authorities.

When one of such agents makes an overwhelming error in judgement, causing a large chunk of investment monies to be lost;  the agent is said to ‘go rogue’.  Questions arise as the agents often do not operate alone without supervision or consent from their seniors/managers.

A good example is that of a convicted bank fraudster; imprisoned and released on good behaviour, 38-year-old Kweku Adoboli who was eventually deported from Britain to Ghana.  A country he has lived in for 26 years in comparison to Ghana where had lived for a mere 4 years. This ends a long-protracted appeal process to allow him to remain and continue living in the UK after serving his sentence.

Some say he was a scapegoat for the deportation policies in the UK and argue that the colour of a person’s skin has no bearing on the immigration policy of Britain. This assumption holding some substance after what happened with the Windrush scandal.

Others have also contended that he was the perfect scapegoat to throw in jail as a warning shot that the UK was willing to crack down on fraudulent bankers especially after the 2008 financial collapse which banks played a significant role in.

This is also the reason why no top manager went to jail at UBS. Had Adoboli believed regulators did not know about money laundering and illegal trading in central London? The banks want to continue raking in profits and the last thing they wanted was a former insider with an appetite to take them on. These are the practices that have made them powerful. Adoboli failed to recognise that.

“Adoboli did not syphon money to a private personal account, he did not pay himself a golden parachute, he did not launder money for terrorists or drug cartels, he did not manipulate interest rates and did not cause financial loss to the UK government. Other UK bankers who were never prosecuted however did.”

The word scapegoat is applicable because the banks that needed bailouts like RBS were savings banks, unlike UBS which was at least at that time, an investment bank. Adoboli did not syphon money for himself, he did, however, recklessly trade to make money for the Bank.

UBS is a bank which ordinary folks do not readily have access to. The very practices by Adoboli that lost the bank $2 billion led them to eventually record an overall profit of over $3 billion that same year. We, therefore, need to deprive our minds of the fact that Adoboli defrauded taxpayers of the UK and was a rogue agent of the bank.

He was, however, not alone in this practice and UK taxpayer bore no responsibility for the money that he lost. Therefore, in several ways, the own architect of his misfortune; either advertent or inadvertently.

Let us, however, turn our attention to finance because this is what this post is about. And even before that, it is essential to get some perspective before jumping on to ‘lynch’ Adoboli. The Royal Bank of Scotland which manages cheque accounts of ordinary workers had to be given taxpayers money of £45,5 billion as a bailout.

It appears that the government will not get the money back according to the current chair of UBS, Sir Howard Davis. Interestingly enough, no one was arrested for causing financial loss to the state (that happened). UK taxpayers had to take a hit for this.

Another interesting issue worth considering is the LIBOR scandal which was the manipulation of interbank lending rates by a host of global financial institutions. These banks, incidentally, including UBS by the way, have been implicated in manipulating interest rates for profit sharing. This was as far back as 2003 according to the counc 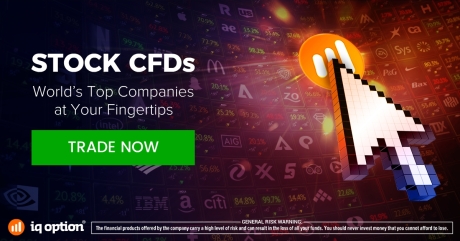 il of foreign relations. Again, no one was jailed for this ‘heist’. Before addressing Adoboli ’s case again, some large multinational banks were publicly known to launder money (for terrorists and drug cartels) guess who was convicted? That’s right, no one.

We do not refute that what he did constituted a crime –  it apparently was and perhaps he deserves the jail time he got. But the way he was plastered all over the newspapers in the UK in 2011 as some poster boy for out of control banking in the UK was why the term “scapegoat” was used.

In investment banking, trading of commodities and currencies can go wrong which is why he should have insured his bets. But then, what no one is willing to talk about is the reward associated with high risk (uninsured) betting in the financial markets. That is the modus operandi of these banks; which does not make for sufficient juicy material for the corporate press.

This is the height of the power of the big financial institutions and what they can get away with. Lose taxpayer’s money and there is no consequence. Fund terrorist or drug cartels and you will just be fined a fraction of your profits; fix international interest rates and all you receive is a fine. However, dare to lose their money through a risky bet and you will be undone just like Adoboli was.

Until the current financial framework is considerably changed to end monopolies of big financial institutions, the risky bets will continue. With blockchain and cryptocurrencies, who knows what the future hold? All the best to the “rogue trader” in his future endeavour nonetheless.

One unanswered question is why investigators never scrutinised the practices of the entire UBS bank rather than just hauling two comparatively low-level managers to court (the afore-mentioned Kweku Adoboli and another Ron Greenidge). UBS did, however, make a profit that year despite the loss of $2 billion attributed to Adoboli.

share this
PrevPreviousA digital address for everything
NextDigital Dribs & DApps!Next