History has taught us that a fully centrally controlled government system fails completely – well, in the long run.

The idea of a communistic system has its merits and would still work in some sectors of an economy. It, however, omits the very thing that was provided to us as human beings – choice.
Knowledge is empowering – but the power to do the things you would like to do (provided it conforms with ethical norms) and effortlessly without fear of error.
This shared knowledge emanates from scientific, biological or financially proven theories and tests.
They can help you make the right investments, save money on the best deals, obtain rights to certain social benefits, travel to great destinations or just help other people achieve their personal and spiritual goals.

Those that cling onto knowledge though, serve their interests alone and should not be revered but rather shunned for power-hogging.
Sadly, some governments monopolize access to information, basic services, resources and even education to create an artificial demand for ´their services’.
This forms the basis of a centrally controlled or outright communistic state.
In business, this is a common practice of a monopoly to control the price of their good or service as they are the only ones providing it.
The quality of that good or service, however, can and will be determined by them and them alone!
Can you imagine then, based on the previous sentence, a situation that only governments have this power to dictate a basic service such as healthcare or education for you?
Scary thought and if you look at most developing countries, the evidence of this is overwhelmingly sad.
But we are not here to talk about the governments as there would be several cases to point out and this is not a political platform.
Case in point, the concept of centrally controlled system nevertheless is less efficient and prone to failure to disseminate the very items it sets out to provide.
Deploying software by a global firm like IBM, via a centrally stored-located server would be absurd because the infrastructure of the recipient regions or end-users might not be well equipped to handle it.
So one begs to question, why would you do it for social services for instance?

Decentralizing a system can improve efficiency because it gives options to get the best quality possible. It also removes power from one or a few providers and shares it equally amongst other stakeholders.
This way all will stand to mutually benefit from a working system indirectly rather than just  the state collecting monetary compensation or tax  and deciding what to do with it alone.

Centralized systems can learn from the blockchain to efficiently provide services. 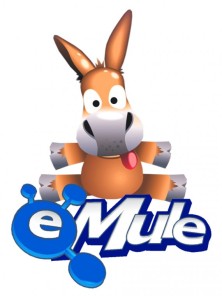 Let’s take the now “illegal” peer-to-peer file-sharing and downloading software such as eDonkey/eMule (supposed developed by Microsoft).
Or take BitTorrent for example: you could with them, build together any file by downloading “bits” of the file by many connected servers or PCs  (peers).
This system leads to faster downloads and allows one to source from the best quality of the available digital bits to get the data to form the e-book, music track or movie that you were after.
Leaving your download running could then allow others to get the files you have already amassed (you then reciprocally upload the files). The cycle continues until everyone hopefully acquires the same great quality file (if required) from the best ‘seeds’.
Downloading from a singular server for the same product, on the contrary, could crash the server.
Let’s not forget the delays due to operational differences in time-zones, or complete failure to download if the file source is corrupted or the file quality is bad.

Naturally, the entertainment industry put a stop to this because it meant that people could attain their copyrighted material – without parting with a cent. Many fines and warnings were dished out to individuals as well as companies hosting the sharing servers.
It is, however, still possible to access them via carefully planned entry gateways to hide your IP address using VPNs, or via (old-school backend protocols) FTP.

There is now even a new digital currency designed to help artists curb music and movie piracy and reward the artists for their work.
Such protective software are already in the pipelines thanks to the advent of blockchain technology.
Decentralizing services such as money transfers in the advent of Cryptomania removes power (monopoly) from regulated financial institutions. They tend to charge high fees for sometimes slow and error-prone services because they can.

So, swiftness and security are a prime reason for the adoption the Blockchain technology. Everything else such as the price of digital alternative coins or ‘altcoins’ boils down to basic supply and demand for it.
Back to service delivery and the running of decentralized systems: governments, and other institutional service providers can take a leaf out of the blockchain technology tree and its true intention.

The aim would thus be to decentralize the provision of a service to enable access to it; reduce associated costs of using it and improve efficiency!